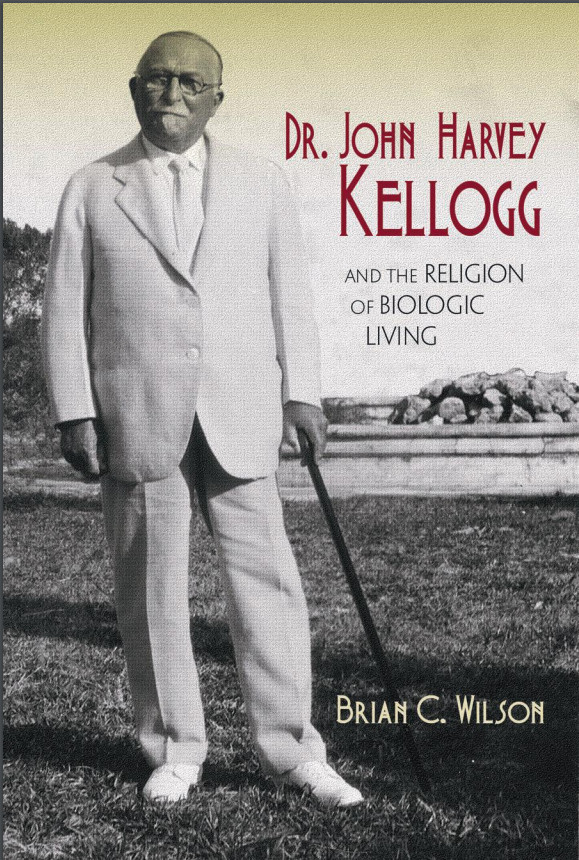 Dr. John Harvey Kellogg and the Religion of Biologic

Purveyors of spiritualized medicine have been legion in American religious history, but few have achieved the superstar status of Dr. John Harvey Kellogg and his Battle Creek Sanitarium. In its heyday, the “San” was a combination spa and Mayo Clinic. Founded in 1866 under the auspices of the Seventh-day Adventist Church and presided over by the charismatic Dr. Kellogg, it catered to many well-heeled health seekers including Henry Ford, John D. Rockefeller, and Presidents Taft and Harding. It also supported a hospital, research facilities, a medical school, a nursing school, several health food companies, and a publishing house dedicated to producing materials on health and wellness. Rather than focusing on Kellogg as the eccentric creator of corn flakes or a megalomaniacal quack, Brian C. Wilson takes his role as a physician and a theological innovator seriously and places his religion of “Biologic Living” in an on-going tradition of sacred health and wellness. With the fascinating and unlikely story of the "San" as a backdrop, Wilson traces the development of this theology of physiology from its roots in antebellum health reform and Seventh-day Adventism to its ultimate accommodation of genetics and eugenics in the Progressive Era.