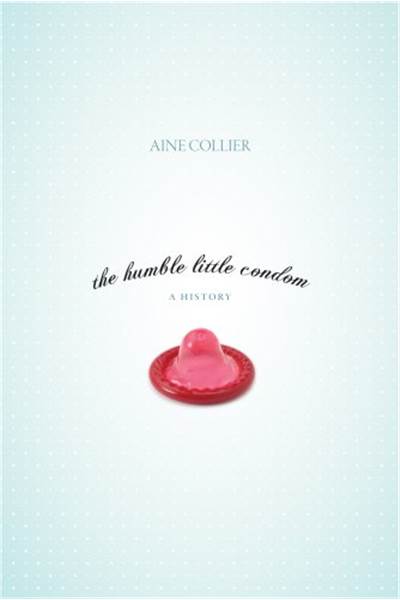 The Humble Little Condom; A History (New Concepts in Sexuality)

One of the most basic – and ancient – forms of birth control is the condom. Utilized by all cultures for millennia, and referred to by many colorful euphemisms--baudruche, preservativo, machine, peau divine, rubber, and safety--it has featured in the lives, loves, and letters of some of the most famous men in history. Shakespeare, Casanova, George Bernard Shaw, to mention only a few, all appreciated and wrote about the importance of using "preventatives."Aine Collier provides a unique glimpse into human sexual habits, customs, beliefs, and attitudes in this first history of the prophylactic device that goes back to at least the ancient Egyptians. As she amply demonstrates, the story of this humble piece of paraphernalia is full of intriguing insights into human character with all its flaws and foibles as well as many fascinating historical details: - Clergymen of the Middle Ages have left records of birth control methods, including condoms, documenting just "what worked." - The modern history of the condom begins when Columbus's men returned from the New World infected with the "Great Pox" (syphilis). This led to the rediscovery of the condom as a disease preventative - Sixteenth-century Italian anatomist Gabriello Fallopio (discoverer of the Fallopian tube) should be considered the father of the modern condom; he was the first to add a pink ribbon to his sheaths, a flourish that remained standard for centuries. - When women had few choices in the world of commerce, a significant number found a legitimate and profitable business niche producing and selling sheaths. - During the Great Depression, while other businesses went bankrupt, condom manufacturers found themselves doing a booming trade throughout the 1930s, one of Wall Street's few successes. Sadly, it was cheaper to pay 25 cents for a rubber than to have children. - German gummis were acknowledged to be the finest in the world, until the Nazis made them illegal, fearing Jewish doctors had coerced innocent young Germans into using them as birth control. - AIDS has brought the condom full circle. Not for the first time in history has the little device been vilified as a promoter of dirty, illicit sex and lauded as a life-saving device. Thoroughly researched yet presented in a witty, enjoyable style that will keep you turning the page for more, The Humble Little Condom is both an entertaining read and an educational, impeccably researched popular history.